Yesterday afternoon I had my last volunteer shift at Ellerslie. This was good timing, as I got to witness the end of show plant sales. I had heard rumours about this event but nobody seemed to know exactly how it worked. Here are a few words to describe the scene: crazy, madness, competitive, stake-outs, adrenaline. The show officially finished at 6pm, and the plant sales began at 5pm. At 4:30pm, visitors from previous days who had been lining up at the gate were allowed in. They made bee-lines for their favourite planters and hanging baskets or plants from garden exhibits. Some people brought sack barrows. Some people brought trolleys. Some people spent over 30 minutes standing beside or over the planters they wanted to buy. People were running between displays trying to find something they wanted. One lady said that last year, the hanging basket she wanted was grabbed off her by a vicious elderly lady.

As 5pm hit, the sales officials began moving around the displays, selling things off. The “how much?” question was thrown around wildly and volunteers were busy running around with ‘sold’ labels. I now understood why people brought sack barrows; the planters were so heavy it took two people to lift them. Then ATVs began driving around with planters on board and cars and trailers began packing in near the entrance. Some people had entire boots or trailers full of plants! Did I succumb to the madness? Maybe. Just a little bit. I came home with a hanging basket for $15, a large planter for $10 (the price went down as it got close to 6pm), a free pot of wildflowers and some free seeds and violas, which we were frantically trying to fob off at the end. I knew plant people were a little bit crazy, but this was a spectacle to behold! Would I go on a Sunday afternoon again? Quite possibly. 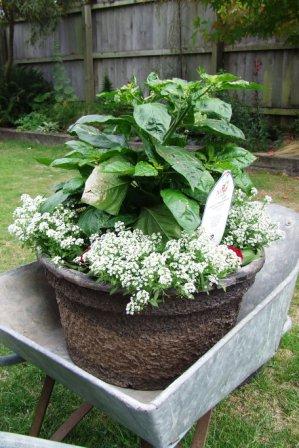 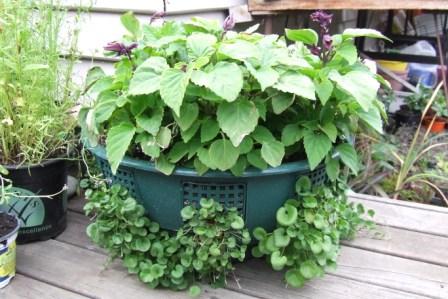