I suppose I have to write about the sad fate of Legolas. I gave her a very good shot at recovery from her paralysis but she just didn’t get any better. She had so little range of movement that I had to help her eat and drink multiple times a day and move her out of the way of her own poop. She was still reasonably perky and enjoyed the attention I gave her, which was the hard thing. I kept hoping, day after day, that her legs would just regain movement, but they didn’t. I have read that with Marek’s there is transient paralysis, from which the bird recovers in a few days, like Jane, and there is more serious paralysis, from which the bird hardly ever recovers. It was horrible to see my adventurous, curious Legolas reduced to an immobile chicken in a cage. And so I had to put her out of her misery. I did it myself. I felt like I had to, like I owed it to her to be there with her at the end, even though I really, REALLY didn’t want to. I wanted to run back to the house and get The Husband to do it for me, but I spoke sternly to myself. I sat in a chair in the garage with Legolas and let her last moments be alone with the human she trusted. It was horrible but at the same time I’m glad I was strong enough to give her the best ending I could. It was bad for me but it was good for her. Then I went back inside, hands shaking and trying to fight the tears as I blabbed to The Husband, “Can you dig a hole for me?”

And so, let’s take a moment to reflect on Legolas as she was. She was one of the best chickens. She was the chicken I have had the best relationship with. She was so friendly and curious. She loved eating out of my hand and she was a joy to handle and treat for anything. If only they could all be so easy and chilled out. She made a soft honking noise before she laid her egg and when Elrond, the last rooster, used to crow she would reply straight after with a soft honk: “Cock-a-DOOdle!” “Honk.” She was a good leader and I never saw her scrap with Frodo when they were deciding who would be the boss, however, she did put the youngies in their place so they learnt to respect her from early on. She was pretty, lovely, always up to something and hardy until she got paralysed. 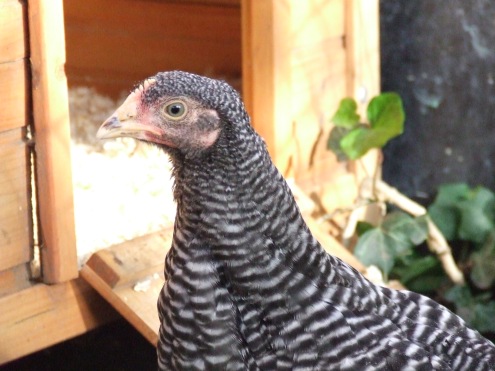 Little Legolas when I got her as a 9-11-week-old pullet. 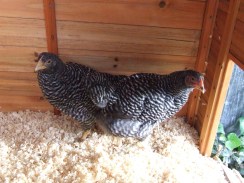 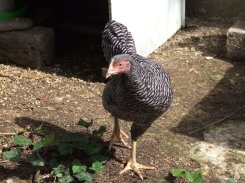 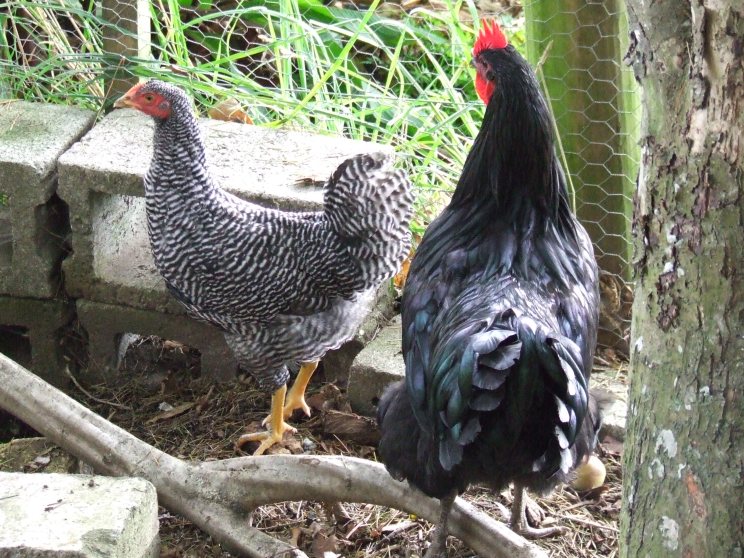 Young Legolas was very excited when a tall, dark and handsome rooster (Elrond) appeared on the scene. 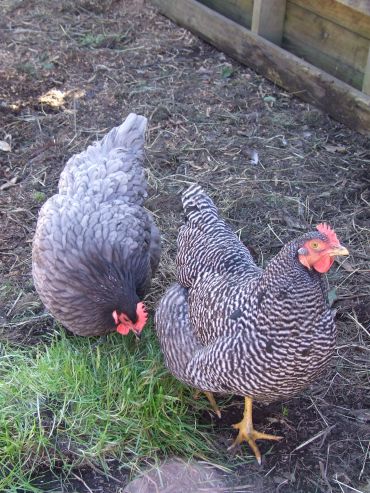 Frodo and Legolas were good buddies. 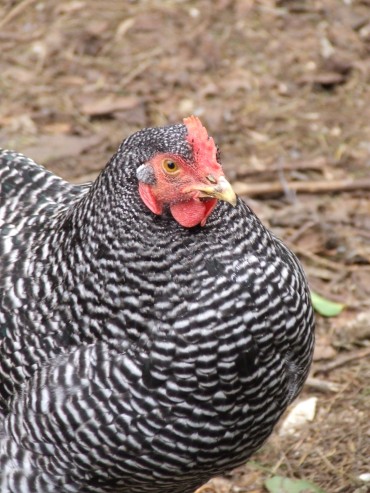 Now I am left with just Australorps or almost-Australorps. I would like a Barred Rock or two again as their personalities are great, but I haven’t had a good track record with the ones I bought in. Whether it’s a fluke or something genetic I don’t know, but they were all from the same place. There is a small ray of hope though. As I type, Frodo sits on three of Legolas’ eggs, plus some of her own. I would dearly love a daughter of Legolas, so a part of her can live on, but three is a small number, so we shall have to wait and see…

9 thoughts on “Farewell to Legolas, One of The Best Chickens”